Facebook Twitter LinkedIn Messenger Messenger WhatsApp Telegram Print
সূচি পত্র hide
1 What Is The Definition Of Science?
2 what is the scientific method
3 Why can’t science give certain knowledge?

What Is The Definition Of Science?

Science is such knowledge or such a system of knowledge that is  concerned with the physical world and its phenomena and that entails unbiased observations and systematic experimentation.

According to Professor James Ladyman of the University of Bristol

We may not yet know how to define science or how to tell whether certain contentious activities or beliefs count as scientific or not, but we certainly have lots of example of Science. [1]Understanding philosophy of science; Page no: 4

In response to the question of what science is, Professor Mikhela Massimi of the University of Edinburgh said;

Science is just what people who are professional scientists do. [2]Philosophy and the Sciences for Everyone by Professor Mikhela Masimi; Page no:1

In response to the question of what science is, Clark Larsen, a professor at Ohio State University, said:

“Science is way of knowing, it’s a learning process, and it connects our lives with our world.❞ [3]Essentials of Biological Anthropology

Manuel Moles, an emeritus professor at the University of New Mexico, said in response to a question about what science is.

Broadly speaking, science is a way of obtaining knowledge about the natural world using certain formal procedures.[4]Ecology: Concepts and Applications; by Manuel Molles

Although Philosopher Samir Okasha doesn’t try to define science except talks about distinctive features. [5]Introduction to the philosophy of science by samir okasha chapter 2

Scientists at the National Academy of Sciences have highlighted some of the important features of science;

Science is a way of knowing about the natural world. It is limited to explaining the natural world through natural causes. Science can say nothing about the supernatural. Whether God exists or not is a question about which science is neutral. [6]Teaching About Evolution and the Nature of Science |The National Academies Press

what is the scientific method

Everything in the physical world is observable, testable and verifiable, and its research and its results are science.

Science will first present a hypothesis by observing something and then present a theory by examining that hypothesis step by step. The theory can be tested, verified at any time.

Can science give certain knowledge?

No other branch of knowledge can impart more knowledge about physical subjects than science. But science can never give us certain knowledge.

The Stanford Encyclopedia of Philosophy states,

Scientific knowledge is created to find the truth, but remember, it is not a search for certainty. All human knowledge is erroneous, so uncertain. [8]https://www.routledge.com/In-Search-of-a-Better-World-Lectures-and-Essays-from-Thirty-Years/Popper/p/book/9780415135481

Why can’t science give certain knowledge?

He tried to explain that “relations of ideas” can be deduced. On the contrary, you need to have empirical evidence to support “matters of fact”. Hence philosophers like David Hume, John Locke, George Barkeley denied a priori knowledge.

So, anyway what David Hume is trying to convey to us is that you can’t make decisions based on purely a priori knowledge. Imagine you have always seen that whenever it is night the light turns on. So the cause is “night” and the effect is “light turns on”. But one night you saw that the light never turned on. Although the battery or the electricity all are 100% fine. But what’s the problem? Maybe because the agency felt not to turn the light on for today or something else. But your expectation was whatever happened in the past; will happen now and in the future.
Let me give you another example. Suppose a gunpowder and explosion. You know the relation between these 2 causes and effects. Now in the past you saw gunpowder cause the explosion. But in the future it doesn’t.

Or suppose you always have known for a fact that in all physical objects there are atoms, electrons, protons etc. But have you observed every single object to make this kind of inference? If not, then you will face “the problem of induction”. [10]Understanding philosophy of science by ladyman page 32 [10]

The problem with induction is that the scientific theory will change as the power of observation increases. For example,  Until the 18th century in Europe, it was thought that all swans on earth were white. Because until then, all the swans we observed were white. But in 1896, William the Blaming discovered the Black swans in Australia. In this way (All swans are white and have always been white) this theory is proved wrong. So, with the increase in the power of observation, the scientific theory will change. This is the problem of induction.

Renowned physicist Freeman Dyson wrote in an article in the New York Review,

Science deals with anything that can be observed, tested and verified in the physical world. Science does not discuss our minds, morals, values, the existence of the Creator, the soul, the afterlife, etc. Because these are not observable, testable and verifiable. Metaphysics discusses these topics. .

Alex Filippenko, a member of the 2011 Nobel Prize-winning team for discovering the concept of dark energy, told RT News:

I want to discuss the universe from a scientist’s point of view. I can’t say whether there is a superhuman or self-creator or whether there is a purpose to this universe. Science cannot answer these questions.[12]https://www.rt.com/news/universe-physics-laws-energy-329/ 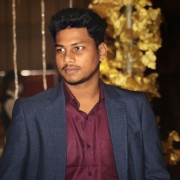 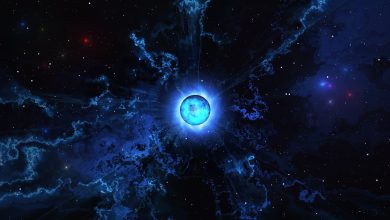